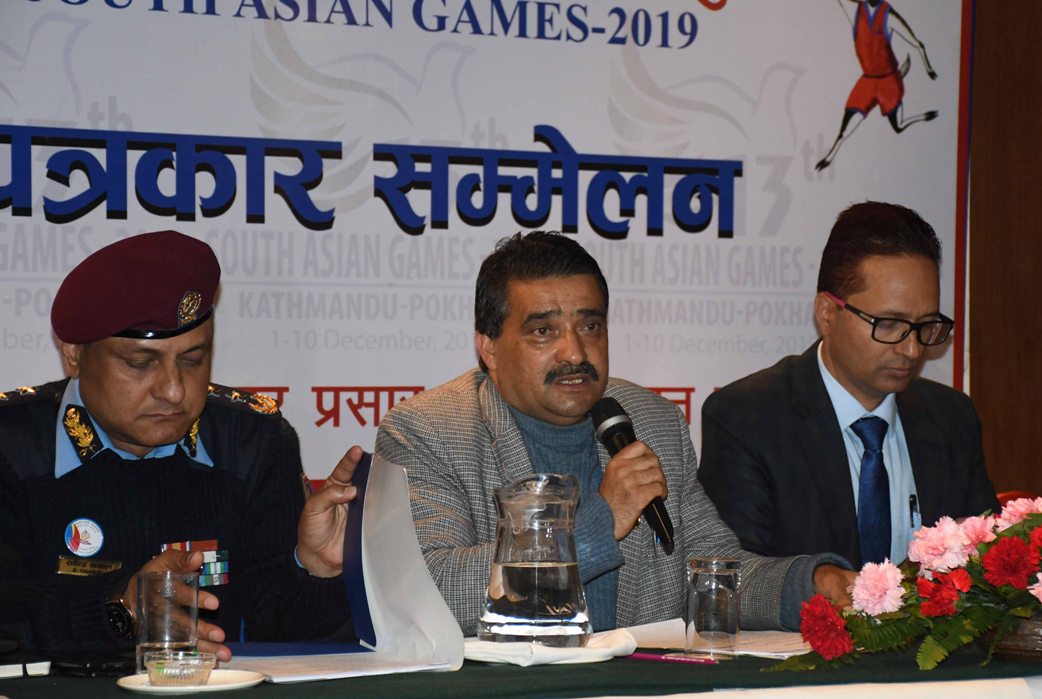 All the preparation of South Asian Games has come to an end. In a press meet organized on Thursday, member secretary of the National Sports Council, Ramesh Kumar Silwal informed, “The remaining preparations will finish by Friday night (29 November).”

Member secretary Silwal also informed about the ready condition of Pokhara stadium. “Track and field work has also come to an end”. According to him 13 thousands spectators can enjoy the match in Pokhara stadium.

Addressing the press conference, He said “we won’t let any illegal activities to occur in the game”. He has also informed to effectively arrange security for the VVIP, VIP, guests, athletes, officials, referee, media, spectators and foreigners.

In order to avoid potential hooliganism from hotels to the sports venues tight security arrangements have been made. All the guests and athletes will be transported from airport to the hotel and from playground to the place they visit with special security. IGP, Khanal also mentioned to add more number of security forces in case of the requirement.

Likewise, member secretary Silwal has requested all the spectators to take care of the physical property (especially seat) of the stadium.

Traffic Management:Various measures have been taken to manage the streets of Kathmandu, quiet, safe, and orderly for the SAG. During SAG, large freight vehicles will be requested not to enter the ring road. One-way traffic system will be applied to the vehicles around the Dashrath Stadium. On the inauguration day, odd number vehicles will be allowed to run in the ring road and closing ceremony will allow only the even numbers Vehicles.  The parking lot for the visitor is designated at Tundikhel. The front door of Kathmandu Mall will be used for parking at this location. Whereas, parking for the VVIP is maintained at the Dasarath stadium.