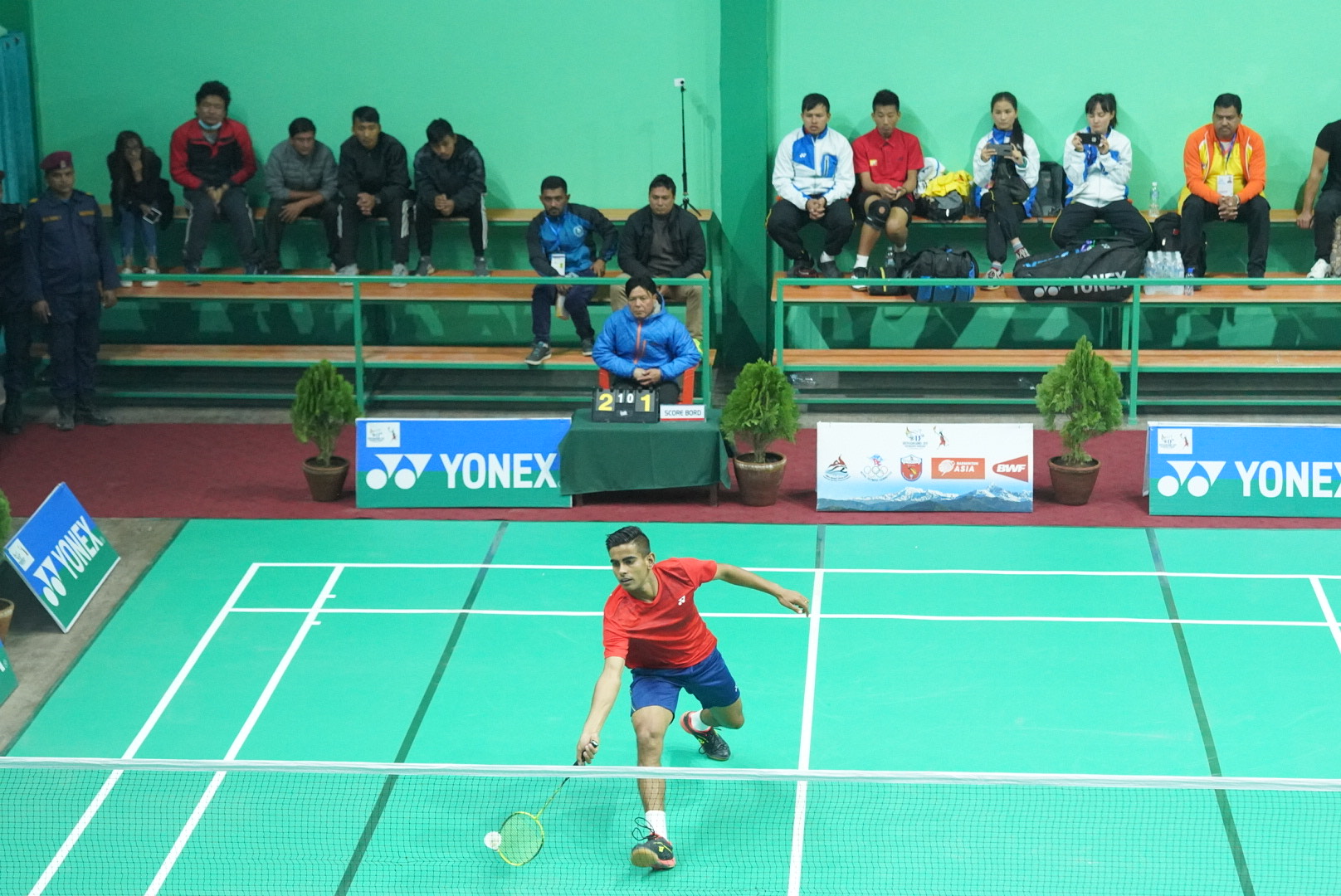 Nepal has secured at least two medals from men’s and women’s category each in the SAG Badminton Championship that kicked off from today in Pokhara. Both the men and women team has now reached to the semifinal

Under the men’s category, Ratnajit Tamang of Nepal defeated Anish Gurung of Bhutan with the wide score of 21-6 and 21-9. Likewise, in the next match Nepalese athlete Dipesh Dhami defeated Bhutanese Athlete Nidup Dorje with the score 21-13, and 21-14. Likewise Prince Dahal defeated Norbu Dradup by 21-12 and 21-5 score set.

According to the Nepalese Badminton Team Coach Sudip Yonjan, “Nepalese Team will certainly reach to the finals if their performance is as praiseworthy as today’s.”

A total of 94 players from seven countries are competing in the competition for 7 Gold, 7 Silver, and 14 Bronze medals.